Betamax Tape is a video cassette recording technology that uses magnetic tape 1/2 inch (1.27 cm) in width. It was originally developed by Sony in Japan. The Betamax cassette was physically smaller than a VHS cassette and had less recording time than VHS cassettes. The format is now virtually obsolete. However, the television industry still uses an updated version called Betacam.
Greater wear occurs on a Betamax tape compared with VHS which shortens the life of the cassette. It is, therefore, important to transfer the Betamax tapes to a more stable format such as DVD or Digital Conversion. As with all tapes, we will carefully convert and transfer the old format so that you can continue to watch the footage in the future. 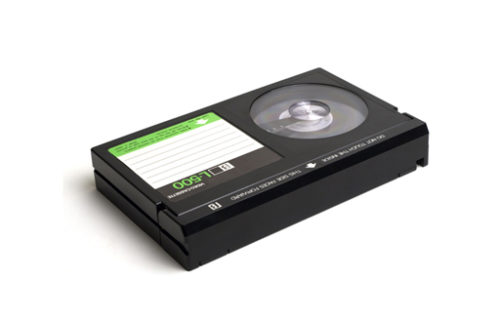 As Sony was being humiliated in the VHS vs Betamax war, a similar battle was being fought in the professional video arena with very different results. Betacam, launched in 1982, was a great success in the professional market for its quality and reliability. The original Betacam cassettes were basically the same as Betamax. The difference was that Betacam used component video rather than composite, and recorded at a much higher tape speed. Betamax and Betacam tapes were interchangeable (unlike the later Betacam SP tapes). The Betacam tapes came in two sizes: S (small) and L (large) and the Betacam cameras used the S size. Betacam tape decks could use either size. Betacam tapes were 1/2-inch with 300 lines of horizontal resolution. With tape degrading over time, the best way to preserve the memories they hold is to convert the videos to digital or DVD.

The successor to Sony’s Betacam is the Betacam SP which was launched in 1986. It went on to become the most successful general-purpose professional video format of the 20th Century. The “SP” stands for “Superior Performance”, which was achieved by using a metal-formulated tape instead of oxide. Horizontal resolution was increased to around 360 lines. Tape sizes were the same as Betacam. As with all tapes, we will carefully convert and transfer the old format so that you can continue to watch the footage in the future. 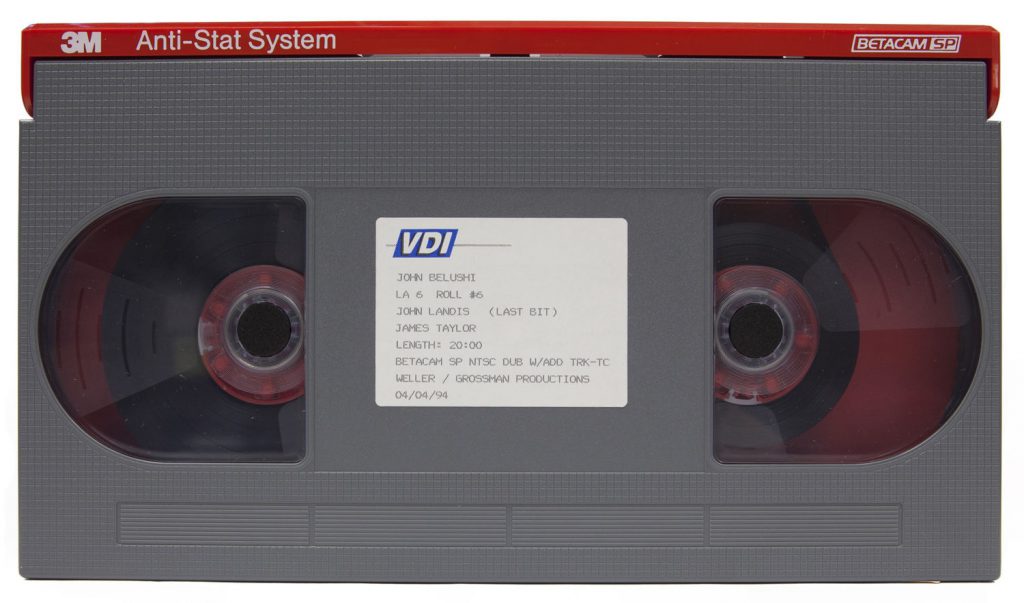 Sony introduced the Digital Betacam in 1993. It was also called Digibeta or D-Beta and was a replacement for the analogue Betacam SP format. Digital Betacam was superior in performance to DVCam and DVCPro. Cassette sizes are the same as other Beta versions: S (small) tapes record up to 40 minutes, L (large) tapes record up to 124 minutes. Cassettes are light blue. Digital Betacam records component video with 10-bit YUV 4:2:2 compression. PAL resolution is 720×576, NTSC resolution is 720×480. The bitrate is 90 Mbit/s. There are five audio channels — Four main channels (uncompressed 48KHz PCM) and one cue track. Some Digital Betacam equipment is backwards-compatible with Betacam and Betacam SP. As with all tapes, we will carefully convert and transfer the old format so that you can continue to watch the footage in the future. 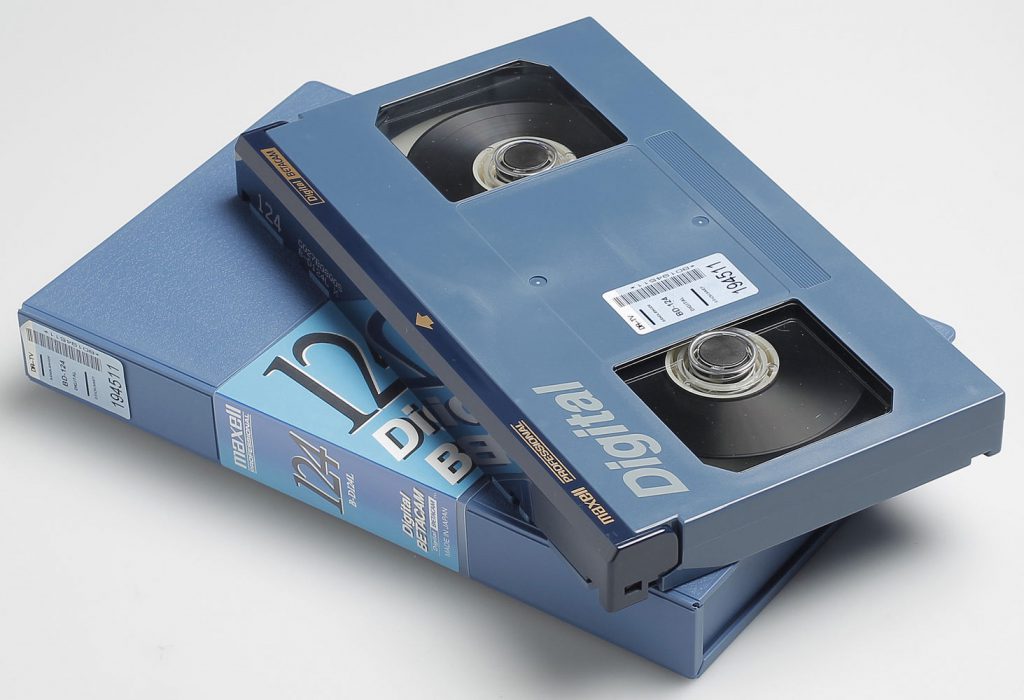